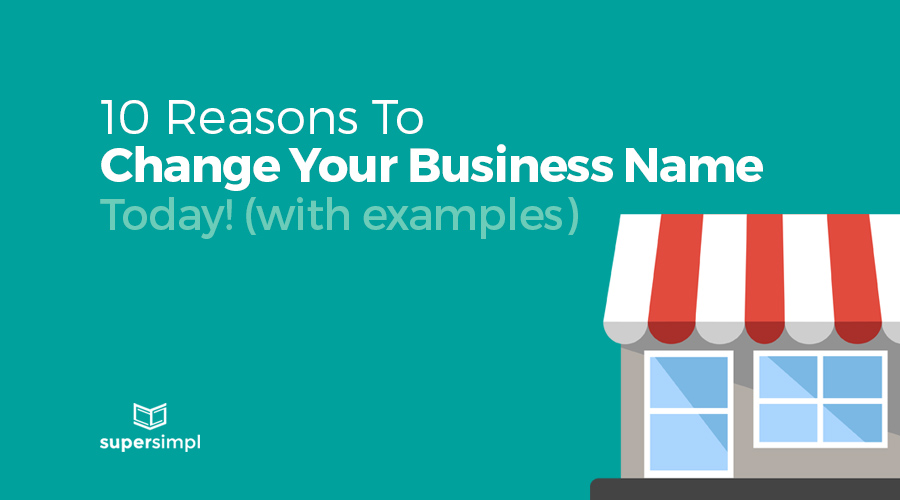 Google was once called Backrub. (WHAT!?!)

Yahoo was known as Jerry’s Guide to the World Wide Web.

Even Starbucks, as we know it, was started by Howard Shultz as a small chain called Il Giornale.

Ever heard of Brad’s Drink?

Maybe not. BUT, you have heard of the name it was changed to.

In 1893 a man by the name of Caleb Bradham created a new drink at his drug store in New Bern, North Carolina.

It consisted primarily of sugar, vanilla, kola nuts, and carbonated water and was called Brad’s Drink.

Caleb sold Brad’s drink out of his drugstore.

It was quaint. It was nice. It was small town.

But Caleb wanted to go big. He wanted mass appeal.

He needed a name change. Brad’s Drink wasn’t going to get the job done.

He renamed it Pepsi Cola. The rest is history.

Don’t be afraid of it. Things change all the time. So do business names.

When you started your business, first launched your new app, or began building your brand, you had absolutely no idea things would turn out the way they have.

Your business isn’t the same entity it was then. Your customers aren’t exactly who you thought they’d be. You have new insight and knowledge you didn’t have back in the day.

Or, maybe you realize now you need to pivot. Head in a new direction.

Whether you launched 6 months ago or 6 years ago, things change. It’s a fact.

If you’re not sure whether you’ve got the right name, this will help. Here are my Top 10 Reasons  Whey You Need To Change Your Business Name:

1. Your Business Name Is Too Small

Maybe half a dozen other products.

If you’re still operating under a name like Capital City Web Design, you may be missing out on more of your most profitable projects.

Starbucks even dropped the word coffee and simplified their logo a few years ago. They’ve been working on adding baked goods and more food items to their menu.

Your name may not be too narrow, but perhaps it still sounds small. Think about Brad’s Drink vs Pepsi Cola.

If you’re trying to go big, but your name seems small, it’s time for a name change.

2. Your Company Name Is Too Big

Sometimes you make the opposite mistake, and aim too big from the start.

Maybe you started a business as a general contractor. You got jobs remodeling bathrooms. Building decks. Repairing foundations.

Anything and everything that could possibly fall under general contractor.

Now, two years into it, you’ve become the go-to-guy for building outdoor living spaces. That’s your specialty. That’s what you’re known for.

Outdoor living spaces are what you love and that’s where the money is. Your designs rock and you’re getting calls from out-of-state.

You want to capitalize on that niche, but you’ve got “General Contractor” as part of your name, but that’s really too big. Too broad. It’s not you.

You’ve narrowed your service offerings. You’re focused, which is a good thing.

You want to be known as THE only source for amazing outdoor living spaces.

You need a name that reflects that. A name that people will recognize and become familiar with. A name that’s easy to find online and easy to refer to a friend.

You need to change your company name. Need some examples?

3. Your Company Name Is Too General

If you’re 100% set on including what you do in your name, at least make it more defined or unique.

I certainly don’t want to search for a baby photographer and end up on your boudoir photo gallery.

If I you help marketing your law firm, you don’t want to find a marketing firm aimed at restaurants or retail.

Again, including your trade or product in your company name is one of the 5 approaches I recommend avoiding…

But, if you must, try something a little more unique.

Something memorable. Something that paints a mental image in your prospect’s mind.

Example. I was driving down I-540 in N. Raleigh a few years ago and saw a van with the picture of a hammerhead shark on the back.

It was the typical stark-white work van. I was curious. I sped up.

Pulling up behind it, I noticed that it was Hammerhead Pool Services.

I got this image of a hammerhead shark swimming in a pool. It clicked. It stuck.

I don’t have a pool. But years later I still remember that picture of the hammerhead shark.

Guess who I’ll call if I ever get a pool?

4. You’ve Got A Legacy Name That’s Outdated or Irrelevant

Maybe your firm is named after the founding partners, and they’re gone.

Or perhaps your company has been around for decades and let’s face it, things change. If you’re in tech, the whole world changes in a matter of minutes.

UPS was the American Messenger Company.

Bearing Point was once KPMG Consulting, who got its name from a merger between Peat Marwick International and Klynveld Main Goerdeler. A worthy name change, right?

I could go on, but you get the point.

As time goes on, words and phrases that used to stand for something become meaningless. That’s especially the case in the online world. Time flies. Sometimes you have to change your name to keep up.

Your firm is named after the founding partners. One of them was a crook. He’s in jail.

Maybe no one’s in jail, but maybe your business is associated with an activity or product that’s no longer socially viable.

Phillip Morris, the tobacco industry giant, changed its name to Altria in 2001. Obviously they were trying to remove themselves from the negativity surrounding cigarettes and tobacco companies.

Blackwater Worldwide is a private military contractor that ran into some trouble working for the U.S. government in Iraq. After allegations of criminal activities, including being charged with the killing of Iraqi citizens, they changed their name to Xe.

Your past activities may not be as controversial as Phillip Morris or Blackwater, but if you’re having trouble getting over a serious misstep or accusation, it may be time to rebrand and move on.

6. You’re Ready To Move From Freelance To Scalable

Most small business are really just freelance gigs. Everything revolves around the owner. The employees are just support staff.

The employees can come and go. The owner IS the business.

Even most general contractors, landscaping companies, marketing firms, and mom-and-pop specialty shops are built around the owner. The one expert.

There comes a time when some of these businesses are ready to leap into the world of scalability. Growth.

Many businesses add new locations and offices when they start to scale.

This may be a good time to change your business name.

A name change at this point will give you the opportunity, as you spread out and reach new audiences, to ensure you’ve got the name and brand you need to make the impression you need to take your business to the next level.

You can’t always make it to the top of Google for highly competitive keywords.

However, if your business relies heavily on potential customers searching online, you need to do everything you can to rank well.

If someone knows your company name, and still can’t find you via Google, you need to change your name, yesterday.

A few years ago I was at a large networking event. I had a chance to make a few great connections. One person, who shall remain nameless, told me their company name. It was easy to remember – Pinnacle Consulting.

I wanted to follow up a few days later so I did search on Google.

Or, let me Google that for you!

There are literally pages and pages of Google results for companies named Pinnacle Consulting.

So think about that. I met someone. But I don’t remember much about them because I met quite a few other people. I remember their company name. I Google it. Useless.

You want your business name to be sticky. You want people to hear it once and have it stick in their minds.

You have customers. They love you. They want to tell their friends about you.

Only, they can’t spell it.

It’s ok to be creative, but make sure your customers can text and email your name to their friends easily.

A few years ago I discovered a cool website designed to help you build your own social network, membership group, or online community. It’s called Ning.

But say Ning out loud. Seriously, even if someone’s near you, it will make for a good laugh.

Now, the next time you’re in a loud restaurant with lots of noise, ask one of your friends across the table if they’ve ever used Ning.

I tried this. I tried to tell a few people about it. The response was consistent. No one could understand what in the world I was saying. They were puzzled. Confused. I literally had to spell it every single time. Frustrating!

I gave up. Too much effort to even tell someone about it. It’s a horrible name.

No one wants to have to explain your name, how to spell it, or how to pronounce it every time they want to tell someone about you.

Make it easy. Remove the hurdles.

9. Your Company Name Is Non-Copyrightable

Andy’s Burgers Shakes and Fries started in 1991 as a single restaurant in Goldsboro, NC.

In 2012, after having opened over 100 restaurants, they went global.

Only, there was one major issue.

They couldn’t copyright the Andy’s name on the world stage. In order to expand worldwide, they had to have a name change.

Today they are known as Hwy 55 Burgers Shakes and Fries.

10. Your Business Name Is Holding You Back, Personally

I know from experience that business is hard. Starting and growing a successful company is extremely difficult.

You may get to a point where you’ve been in business for years. Maybe decades.

Your “prime” is gone.

But you’re not ready to throw in the towel.

The problem is that your name and your brand are haunting you.

You can’t seem to let the past go. The mistakes. The glory days.

Maybe it’s time to rise from the ashes and birth something new. Something different.

You don’t have to scrap everything, but perhaps a name change will help breathe some life and energy back into your business. Get some publicity. Generate new interest.

In addition, you can easily use this opportunity to reposition your company and make some long-overdue changes.

Drop the services or products that aren’t profitable. Pick up a few new ones. Refine your pricing structure.

Don’t let your company name hold you back from success.

And if you decide to change your name, make sure you check out my guide to naming a business. Then do your research and understand the financial and legal implications to making that change.

But, don’t be afraid of change. If the big firms can do it, so can you.